(CNN) — Whether it's signing up for a credit card they don't need, buying a random product, or filling out endless surveys, most travelers have attempted some type of hack to earn themselves extra air miles.

Some dedicated flIers even take specific trips, known as mileage runs, for the sole purpose of gaining miles and/or bumping up their frequent flier status.

However, it's safe to assume that few have gone to the same lengths as air miles expert Steve Belkin, who took the notion of using rewards programs against themselves and ran with it way before most fliers, or airlines for that matter, understood just how fruitful it could be.

Belkin managed to earn himself a staggering 40 million frequent flier miles over three decades by coming up with elaborate schemes such as hiring dozens of actors to fly under his name, attending hair transport consultations and buying hundreds of magazine subscriptions.

The travel entrepreneur recounts his many mileage earning adventures in his new book, "Mileage Maniac," which was released earlier this year.

He first developed an interest in accumulating air miles back in the 1980s, when they were a relatively new concept.

"I just kind of stumbled upon the idea of airline miles," he tells CNN Travel. "And because I have a little bit more of a devious mind, I was able to connect the dots and realize that it actually had the opportunity to be a scalable business."

Steve Belkin has written a book about the various schemes he undertook to earn 40 million miles in 30 years.

Once he became aware that the various different departments involved in airline programs weren't necessarily checking in with each other, and he could "stack" deals together, Belkin threw himself into the challenge of gaining more and more miles.

He spent hours and hours researching countless programs and offers, trying to come up with inventive and cost-effective ways to add to his ever-growing collection of miles.

Belkin's first big scheme took place in 1988, when he hired 25 "mileage clones" to fly under his name in order to take advantage of a United Airlines program that gave fliers who traveled between the East and the West Coast over Thanksgiving triple miles.

"I hired about 25 unemployed and underemployed actors to fly back and forth," he explains. "In the late 80S nobody was checking IDs, so I could have 25 people fly as 'Steve Belkin' and be my mileage clones. Then I'd earn all their miles.

"In the course of one weekend, I earned the equivalent of a million miles, which was considered a ridiculous amount of miles at the time."

According to Belkin, the actors agreed to go along with the scheme after he offered to subsidize their air fares. 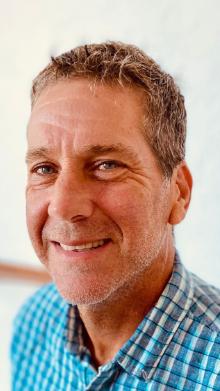 "At the time most of these folks didn't really have the money to fly back and forth," he explains."It was a really good deal for them, so everybody benefited. And they [the actors] didn't really understand or care that I wanted their miles. To them it was monopoly money."

As frequent flier programs and points schemes became more popular, both travelers and airlines got more savvy about potential hacks, and Belkin had to be even more inventive.

One of his most outlandish plots involved employing Thai rice farmers and masseuses to fly a 30-minute $8 route across Northern Thailand in order to receive super elite status on Air Canada's Aeroplan progam, in a scheme known as the "baht run."

"The baht run was actually created by somebody else, I simply turbocharged it," he admits. "It [the Aeroplan program] was the only program in the world at the time where, with that top tier status you could get no capacity control and no blackout award travel.

"That meant that if you wanted six business class tickets over Christmas to go to Australia, they had to redeem them for you. So it was an incredible perk. But flying 200 segments was daunting."

Belkin, seen in Raja Ampat, Indonesia, has spent years traveling around the world racking up miles.

He decided to assemble a team to fly 200 segments between the two cities for five days a week over a six week period, a task he admits was very difficult to manage, and subsequently led to him being mistaken for a drug trafficker.

"I was sitting in Cleveland watching the miles roll in, and I got a cryptic call from the Drug Enforcement Administration (DEA) in Thailand," he says.

When he flew back to to meet with them, Belkin was informed by the DEA that the route his hired team were traveling across daily just so happened to be associated with opium smuggling.

Realizing the gravity of the situation, he pulled out his spreadsheet of mileage calculations and began explaining the ins and out of his scheme to the bewildered agent interrogating him.

"He was a little bit annoyed, but he was also relieved," says Belkin. "Toward the end of the meeting, he said, 'Steve, you bought all these tickets with your credit card, you have people on the same planes, you use the same travel agencies, you show up at the airport. I was thinking either you're the most brilliant drug smuggler I've ever met, or the stupidest.'

"Luckily, I was neither. I was smuggling miles, I wasn't smuggling drugs. So that meeting ended on a happy note."

After spending so many years devising ways to make point schemes and airline programs work to his advantage, Belkin admits to getting frustrated with those who are nonchalant about their miles.

Belkin says he begged his uncle to let him pay for the ticket and redeem the miles himself, but he refused to take him up on it.

"He was like, 'well I think it's a great deal.' We are barely on speaking terms now," he jokes.

While Belkin's hobby has allowed him to travel the world in style with his family for years, he insists that this was never his goal.

In fact, it was simply the "notion of beating the airlines at their own game," that spurred him on.

"Redeeming the miles was almost an afterthought. I've been really lucky to have all these miles, and I can pretty much go wherever I want, whenever I want.

"But that's not really where I got my satisfaction. The satisfaction was that I figured out a way to get a key into their castle."

Belkin says he enjoyed beating the airlines at their own game and earning miles was an afterthought.

However, travelers considering rushing off to try out one of his air miles ventures should think again.

According to Belkin, it's simply no longer possible to get away with most, if not all of the schemes featured in "Mileage Maniac" today.

"That's one of the reasons I wrote this book," he explains. "Most of these things are not replicable in 2021. If you didn't do them back in the day, it's more of a fable than it is reality now."

Indeed much has changed since Belkin began collecting air miles, the most significant difference being that the majority of programs now offer miles based on the amount a customer spends rather than how many flights they take.

"That was really the pivot point of the programs," adds Belkin. "They used to be called frequent flier programs at the very, very beginning, where they rewarded you on how much you flew.

"Then in the mid 2000s, airlines started realizing that they needed to be rewarding people who pay a lot. Then they started calling them loyalty programs. So today, loyalty basically means the deeper your pockets, the more rewards you get." Belkin also points out that, even if travelers are able to come up with new hacks, it's very difficult to keep them under wraps nowadays due to social media, not to mention the numerous blogs dedicated to travel hacking.

"There used to be a small community of frequent flier geeks," he says. "And when you came up with a good idea, you could share it with a few people and help them achieve it to the point where it became even better and more effective.

"It was very satisfying and there was a sense of camaraderie and community."

But once that community expanded, Belkin started to feel as though "people were just waiting for folks like me and a couple of these other masterminds to come up with stuff and share it with them so they could do it."

After realizing that word was getting out and airlines were "shutting down" some of the hacks, he and the others "ended up going underground," only sharing their techniques with a small circle.

"Most of the schemes you'll read about [in the book] are pretty underground," he says. "Even people who claim to know how to play the game are like, 'Wow, I didn't know about that.'"

Although there's still a community of dedicated frequent fliers out there, Belkin feels that the rewards gained from "beating the system" amount to far less these days.

"There's always ways to play the game," he says. "But for most people, the amount of time and effort that it would take probably wouldn't justify the upside, unless it's something that you're really, really, really committed to doing.

"I'd say, if you want to play a game, play tennis. Don't play the mileage game."

However, he looks back on those glory days of miles earning adventures with extreme fondness.

"It's been fun staying up late nights, crunching numbers, recruiting labor pools and figuring out how to take out a home equity loan without my wife knowing," says Belkin, who counts Randy Petersen, founder of monthly magazine "InsideFlyer" as one of his biggest influences.

While he's received much praise for his miles acquiring skills, Belkin has also received criticism, which is something that truly baffles him.

"If you were to replace money for miles, and somebody was to say 'I've been playing the stock market and I've tripled my money,' nobody would criticize them," he says. 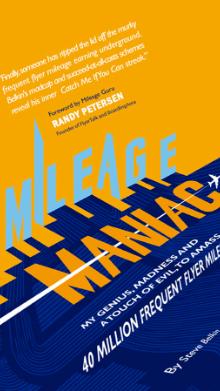 "Nobody criticizes people for accumulating money or accumulating real estate. But all of a sudden, when it comes to miles, it seems like there's a little bit of a different standard at play."

When asked what airlines executives will make of his schemes, Belkin says he likes to think that they enjoyed the publicity his antics brought.

"I would say that they they didn't like the fact that I was doing all this crazy stuff," he adds. "But it really did keep them in the headlines for a while."

Although his wife Julie was perplexed by his fixation with air miles back in those early days, she eventually came round, and the couple continue to enjoy a jetset lifestyle.

"My wife didn't really understand it at first and I didn't do a good job explaining it to her," admits Belkin, who still has between six to nine million miles left to play with.

"But now we're sitting on a few million miles, and if we want to go somewhere, we can go there in style. So I think she's at peace after having been blighted for all those decades."